Basin communities are at high risk of major and frequent flooding.

There's a 15% chance of a major flood in the Chehalis River Basin during any given year. Ongoing climate change is expected to increase this risk.

What is the Chehalis River Basin?

The Chehalis River Basin is the second-largest in Washington. The basin is home to 140,000 people, vibrant communities, and breathtaking landscapes. Our farms feed much of western Washington, and our forests, streams, and rivers are renowned for their diverse fish and wildlife.

The Confederated Tribes of the Chehalis Reservation have existed since time immemorial within the basin. Additionally, the Quinault Indian Nation maintains their treaty rights to fish, hunt, and gather in the basin.

The Chehalis River starts in the Willapa Hills above Pe Ell and flows 120 miles north and west to the Grays Harbor estuary and the Pacific Ocean. The basin also includes parts of Thurston, Pacific, Cowlitz, Mason, and Wahkiakum counties.

Flooding in the Chehalis River Basin 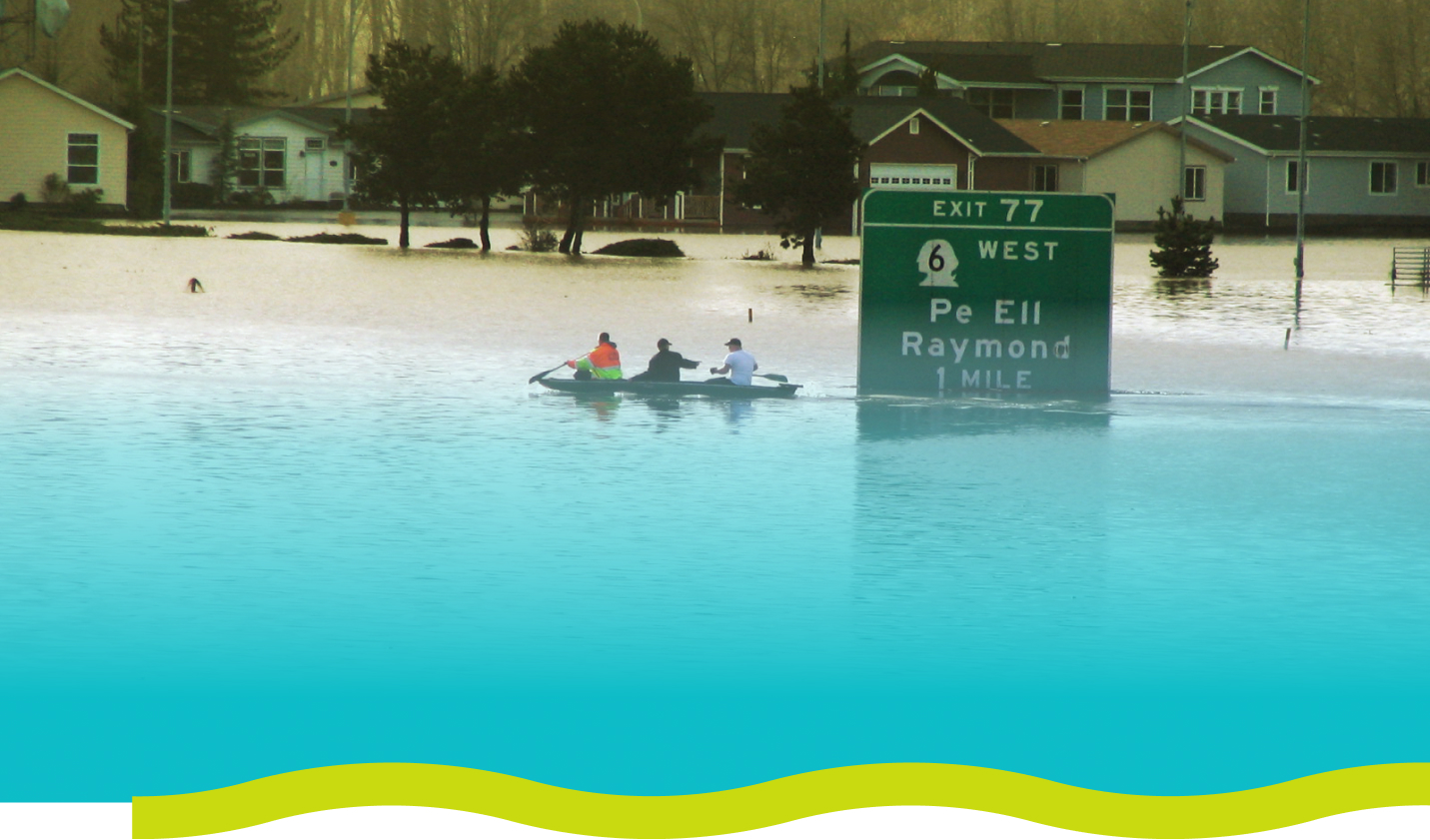 “The sun that morning came out on a lake where Centralia and Chehalis used to be.” - The Daily Chronicle describing the 1996 flood

Although minor flooding is a natural and historic part of the Chehalis River Basin’s ecology, major or catastrophic floods that cause significant damage are expected to occur every 5-7 years on average and are the target of the flood retention project. Major floods in 2007 and 2009 shut down I-5 for several days and cost $900 million in damages to homes, farms, and businesses. In 1996, a flood forced hundreds of basin residents to evacuate their homes and take refuge in emergency shelters. Previous major floods have been devastating, but our communities are resilient. 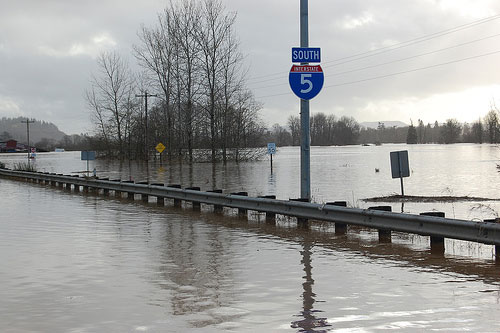 Floodwaters shut down I-5 and the Chehalis–Centralia Airport for several days, blocking regional transportation. (1996)

What actions can we take to reduce flood damage and restore habitat?

Along with flooding, the basin is experiencing declining populations of salmon and other important aquatic species. Addressing the dual problems of flood damage and habitat loss requires actions on three levels: individual, local, and large-scale.

Floods can happen any year. Learn about preventative measures to keep you and others safe:

House elevated above base flood level 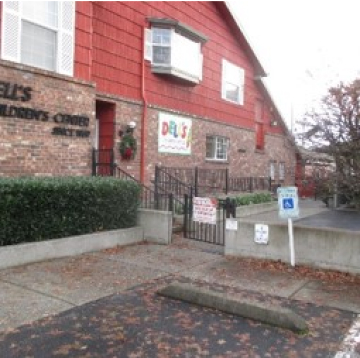 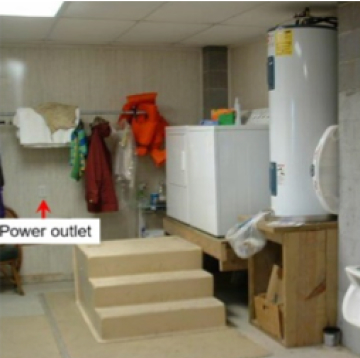 The state has invested millions of dollars in local projects throughout the basin to reduce flood damage and restore habitat for salmon and other aquatic species. These projects include:

Learn more and see an interactive map of local projects.

The District is sponsoring a project that would support its goals of reducing flood risk, preserving life, preventing property damage, and protecting natural resources. This project has two related parts: a flood retention facility on the Chehalis River near Pe Ell and levee improvements at the Chehalis-Centralia Airport. Visit our project page to learn more.