We are working to protect our basin both now and well into our future.

The District is sponsoring a project that would support its goals of reducing flood risk, preserving life, preventing property damage, and protecting natural resources. The project has two related parts: 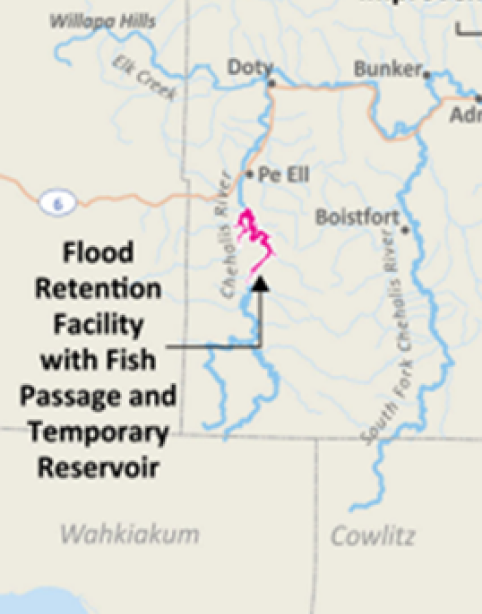 The facility would be located south of SR 6 in Lewis County, on the mainstem Chehalis River at approximately River Mile (RM) 108, about 1 mile south of (upstream of) Pe Ell. During major floods, which are expected to occur every 5-7 years, the facility will store water in a temporary reservoir and slowly release it back to the river as conditions return to normal. There will be no permanent storage for water, so in non-flood times, the river and its fish would move at their natural rate through outlets in the facility. 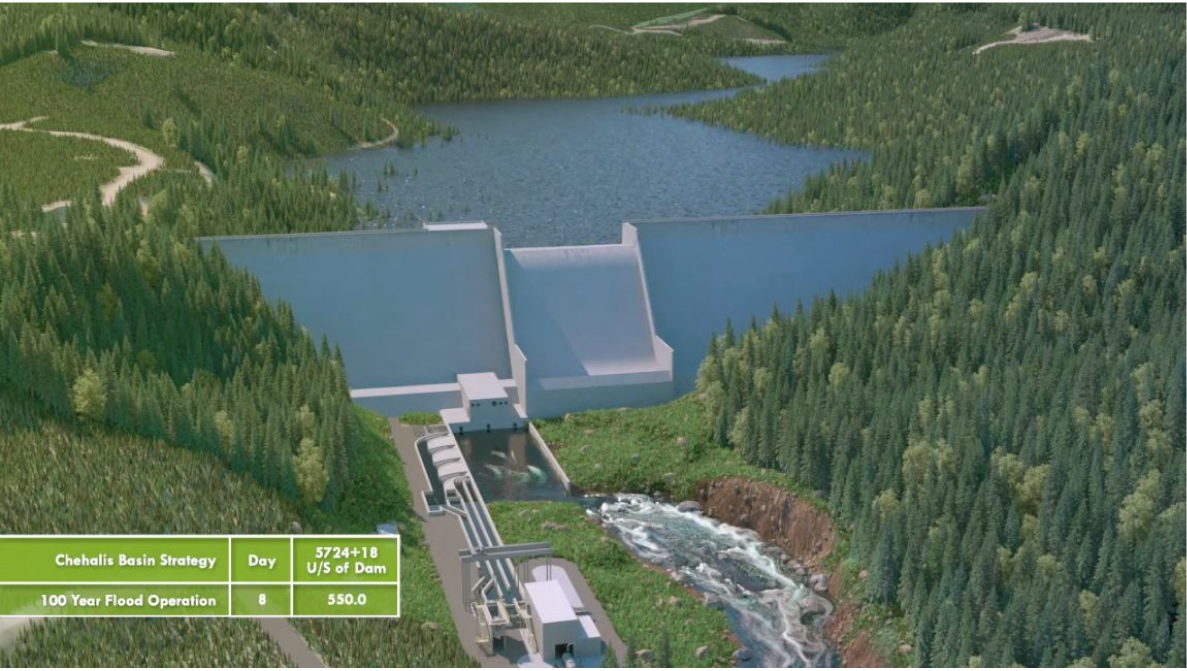 Part 2: Improvements to the airport levee

The District is proposing to increase the height of the existing levee by four to seven feet. Additionally, 1,700 feet of Airport Road would be raised to meet the new levee height along the southern side of the airport. 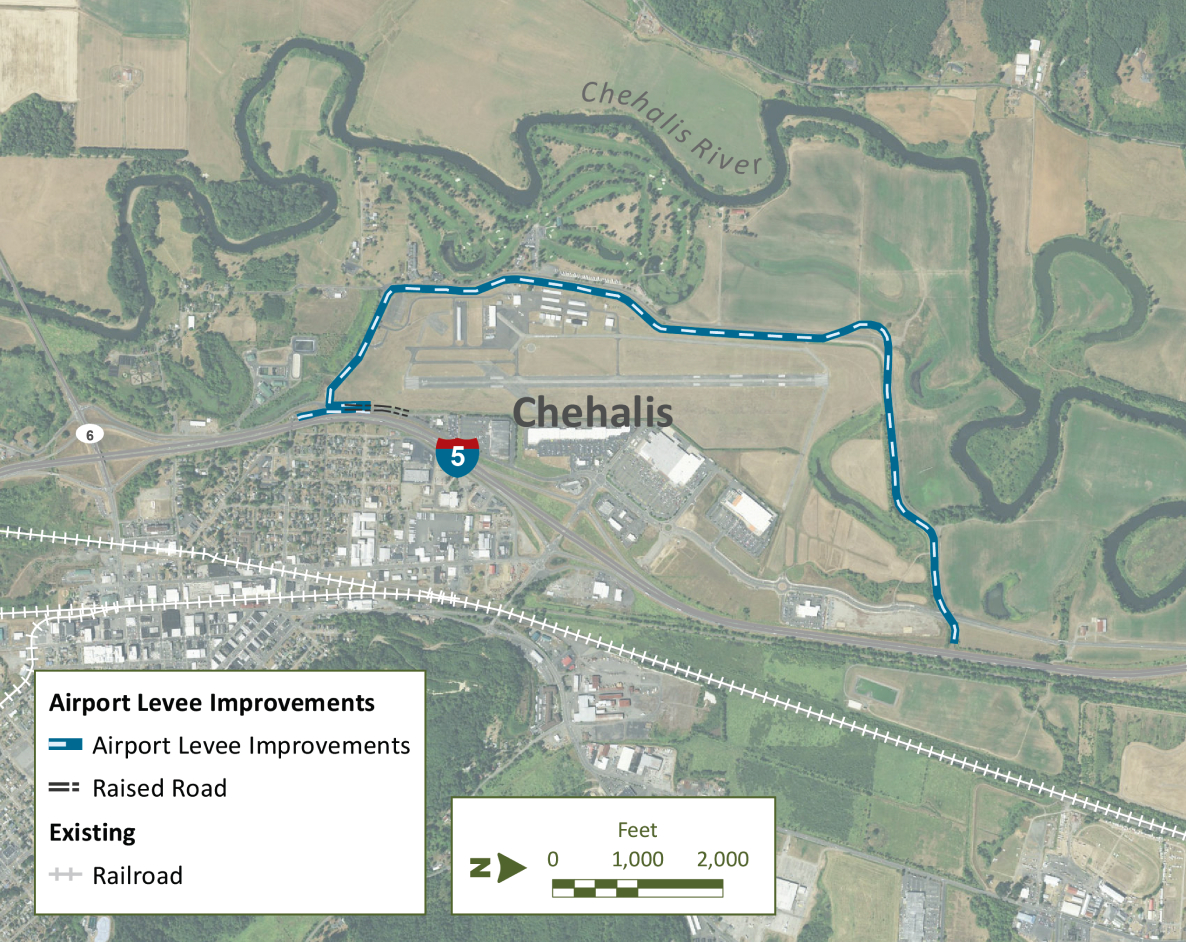 What are the benefits of the project?

The project would help protect basin communities from flood damage, reducing the duration and extent of severe flooding for many areas downstream. It would:

What does “no net loss” mean?

Federal and state agencies will review the District’s environmental mitigation plan. If approved, this means that all other habitat restoration work in the basin will have a net positive benefit for fish and other aquatic species.

How would the project affect the environment?

Visit our environmental review page to learn more and read the draft Environmental Impact Statements from the Washington Department of Ecology and the United States Army Corps of Engineers.